Woodstock, MD: Encouraging Developments In The Fight Against Mosquito-Borne Dengue

Dengue’s prevalence has grown in the last few decades. Many areas, where it was already endemic, have been experiencing larger outbreaks. Not only that, but it has also spread to countries that were previously unaffected. Just last year, the World Health Organization recorded 4.2 million cases of dengue. 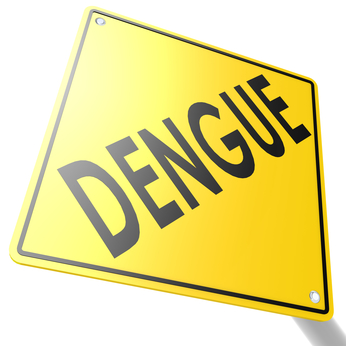 A number of reasons have been given for the spread of the disease, which has no specific treatment. They include global heating, urbanization, and the resulting high-density populations, the movement of people between countries, as well as better reporting practices.  Thankfully, significant progress has been made by scientists in fighting the disease.

The findings, presented on 21 November at the annual meeting of the American Society of Tropical Medicine and Hygiene in National Harbor, Maryland, come from experimental releases of mosquitoes that carry Wolbachia bacteria, which block the replication of mosquito-borne pathogens such as the dengue, chikungunya and Zika viruses. The Wolbachia infection then spreads through local mosquito populations. The efforts were led by the World Mosquito Program (WMP), a global consortium that is testing whether these releases can prevent mosquito-borne diseases.

Releases of Wolbachia-infected mosquitoes in 2016 near Yogyakarta City, Indonesia, led to a 76% reduction in cases of dengue fever over 2.5 years, compared with rates in areas where mosquitoes were not released. Read more at Nature…

Wolbachia, the key bacterium in the study, naturally occurs in certain insect species. However, it does not occur in the Aedes aegypti, which is the mosquito species responsible for spreading dengue. The goal is to release mosquitoes infected with the bacteria so that they interbreed with the local wild mosquitoes. Once infected, the wild mosquitoes are unlikely to transmit the dengue virus to humans. 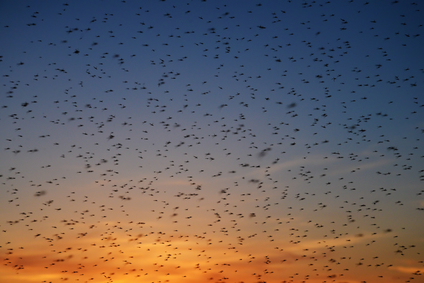 Various efforts have also been made to develop a safe vaccine against dengue. Unfortunately, this has proven difficult for a number of reasons. One of them is that mosquito-borne illnesses tend to be interdependent so that contracting one disease increases your vulnerability to another.  In the case of the study described below, the diseases are Zika and dengue:

Its findings confirm earlier suspicions that some antibodies to the Zika virus, which usually serve to protect the body from infection, may actually interact with dengue viruses in ways that can make dengue infection worse. This interaction, known as antibody-dependent enhancement, could make it harder for researchers to design a safe and effective vaccine that protects against Zika without also increasing the risk of dengue.

“The key thing that our study establishes is that prior Zika infection does significantly increase your risk of both symptomatic and more severe forms of dengue disease,” said study first author Leah Katzelnick, who performed the research as postdoctoral scholar at the University of California, Berkeley’s School of Public Health. Read more at Eurekalert…

The above findings suggest that a vaccine that only targets Zika could actually put those vaccinated at a greater risk of contracting a more severe form of dengue. It also means that an acceptable vaccine would be one that induces good antibodies that protect against Zika without inducing those that increase one’s susceptibility to other diseases. This would certainly be a complicated process.

Another alternative, however, would be to develop a vaccine that works against all mosquito-borne diseases simultaneously. Jessica Manning is working on just that, using mosquito spit as her key ingredient.

Building on the work of colleagues and other scientists, Manning, a clinical researcher for the U.S. National Institute of Allergy and Infectious Diseases, believed she could use pieces of mosquito saliva protein to build a universal vaccine.

The vaccine, if it pans out, would protect against all of the pathogens the insects inject into humans – malaria, dengue, chikungunya, Zika, yellow fever, West Nile, Mayaro viruses and anything else that may emerge.

“We need more innovative tools,” said Manning. A vaccine like this would be “the Holy Grail.” Read more at Reuters…

Initial results from her work indicated that a vaccine drawn from Anopheles mosquitos was safe, triggering antibody and cellular responses. One of the positive results of the Covid-19 pandemic has been the increased focus on vaccine research for infectious diseases. It is hoped that this will result in more positive results at a faster pace than before. 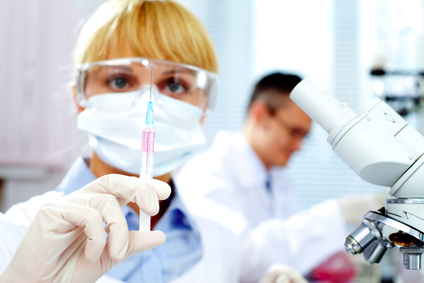 In the meantime, it’s important to keep yourself and your loved ones safe from dengue and every other mosquito-borne diseases in Howard County. One effective way to do so in Woodstock, MD is to get in touch with us at Backyard Bug Patrol for our 100% organic mosquito control service.