3 Interesting Facts Residents of Derwood, MD Should Know About Ants

Lake Needwood – this is where you’ll find great canoeing, picnic activities, golfing, and many other things. Derwood residents get to enjoy this lake all year long, yet prior to 1965, it didn’t exist! Looking at its creation, we witness human ingenuity firsthand. To reduce soil erosion and achieve flood control, Rock Creek was dammed, creating Lake Needwood. An added bonus is that it acts as a giant filter, keeping the creek’s water clean while making all the activities we’ve mentioned possible. 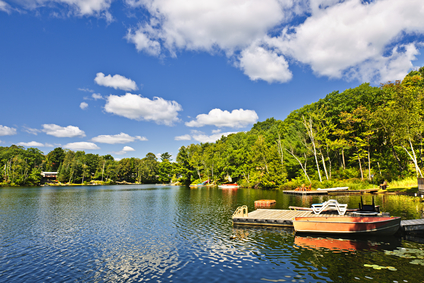 Man’s ingenuity and abilities bring to mind another creature that though a pest when found indoors, is amazing in its own right – the ant!

A single ant can carry 50 times its own bodyweight, and they’ll even work together to move bigger objects as a group! Read more at Nat Geo Kids…

Talk about herculean strength and strength in numbers! Can you imagine carrying anything even 3 times your own weight? It’s impossible! But this creature, which can be tinier than a fingernail, can heft that and more. 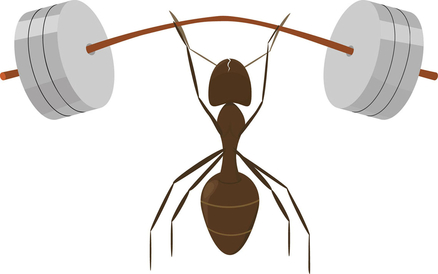 An ant’s strength is fascinating, but when you see it in your kitchen taking food crumbs that dwarf it, you’re not thinking, “How amazing!” You’re probably thinking more along the lines of “Get out of my house!” Ants indoors trigger thoughts of dirt, itching and contaminated food. But outdoors (and in a lab) ants are very important.

Ants can help humans and the environment

Ants have a major influence in ecosystems worldwide and their roles are diverse. While some ants are considered pests, others act as biological-control agents. Ants benefit ecosystems by dispersing seeds, pollinating plants and improving the quality of soil. Ants might also benefit our health, as a potential source of new medicines such as antibiotics. Read more at The Conversation…

So these tiny insects are up there with the world’s strongest creatures, help in farming and even curing diseases! Not many living things can say the same.

Did you know that ants can also turn into zombies? Really!

The Ophiocordyceps unilateralis fungus has just one goal: self-propagation and dispersal. Researchers think the fungus, found in tropical forests, infects a foraging ant through spores that attach and penetrate the exoskeleton and slowly takes over its behavior.

As the infection advances, the enthralled ant is compelled to leave its nest for a more humid microclimate that’s favorable to the fungus’s growth. The ant is compelled to descend to a vantage point about 10 inches off the ground, sink its jaws into a leaf vein on the north side of a plant, and wait for death.

Meanwhile, the fungus feeds on its victim’s innards until it’s ready for the final stage. Several days after the ant has died, the fungus sends a fruiting body out through the base of the ant’s head, turning its shriveled corpse into a launchpad from which it can jettison its spores and infect new ants. Read more at National Geographic… 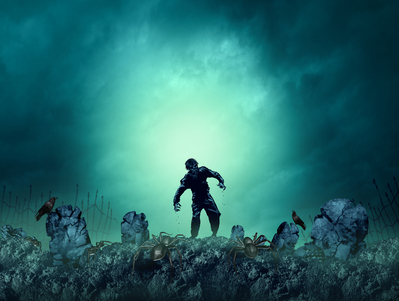 While this is more of a sad zombie movie ending for our hero the ant, it’s still pretty interesting. How fascinating, that what seems to be the basis of fiction series and film plots is actually happening in real life among these tiny creatures!

So next time you see an ant in your house or backyard, don’t just think “pests.” Think of them as body-building, eco-friendly, potential-zombie ants. Then pick up the phone and call Backyard Bug Patrol for prompt ant control measures. Because although they are amazing, unless you own an ant farm, ants ought to be amazing away from your home.