Kensington has gone through many transformations. It went from being an agricultural unit, to a railway station town, to a summer refuge and now a thriving commuter suburb. As Christmas draws near, residents probably remember close to two decades ago when Santa Claus was banned from the holiday parade. This led to widespread protest in the form of bike riding Santas and pick up truck driving St Nicks. 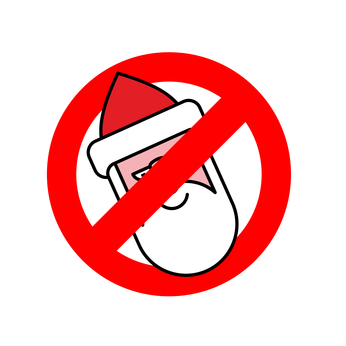 Now something that really ought to be banned in Kensington, MD is the brown marmorated stink bug (BMSB); which brings us to 6 degrees of separation. So, the BMSB is an invasive stink bug that terrorizes homes and gardens in Kensington, MD. It has a “cousin” stink bug, the bagrada bug.

A new species of parasitic wasp that kills the bagrada stink bug eggs was named after the famous actor Idris Elba. 10 years ago, Idris was in a movie called “Obsessed” with Beyoncé Knowles. Knowles Station is the original name of what is now known as Kensington, MD! Oh, and as a bonus, Idris is from London and Kensington, MD is named after a place in London.

Newsweek had a great article going into detail on how the Idris Elba wasp is significantly reducing stink bugs on the western coast, in a manner similar to what the Samurai wasp is doing on this side of the country. But first, a little bit of info on the bagrada bug.

…the invasive stink bug, which is native to Africa but now has a significant presence in India, southern Europe, southern Asia, the Middle East and North America. The bug is a major pest to more than 74 plant species—including cruciferous vegetables such as cabbage, kale, cauliflower, Brussels sprouts, and broccoli—and can cause widespread agriculture damage when it congregates in large numbers. Read more at NewsWeek…

As a part of Montgomery County, which houses the impressive 93,000 acre Agricultural Reserve, loss of crops due to pests is no small matter. And the word “invasive” isn’t an idle word. While it’s mainly in Arizona, California and Mexico, it is spreading. Finding ways to control it even before it hits an area is important. 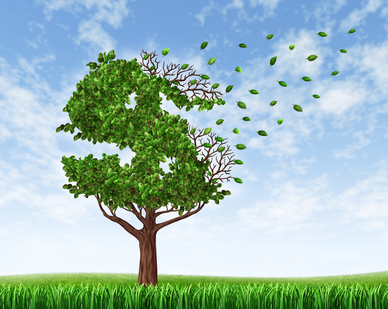 “Bagrada bug is a very serious pest and its distribution is growing,” lead author of the study, Elijah Talamas, from the Florida Department of Agriculture and Consumer Services told Newsweek. “In 2013 it caused an estimated $679 million in damage to crops in California. In Florida, we are on the constant lookout and the studies on parasitoids of its eggs in other environments will help us use natural in enemies in the event that it becomes established here.” Read more at NewsWeek…

Millions of dollars lost is a motivating factor for studying and developing strategies against this species of stink bugs. The fact that the Idris elba wasp is a “natural enemy”, like Talamas mentioned, is even better and safer to avoid biological controls gone wrong, such as the mongoose over-population in Hawaii, cane toads in Australia, and the Kudzu vines here on the continental United States. 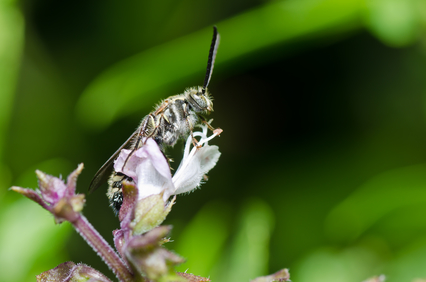 But how exactly do the Idris elba wasps control these bagrada stink bugs? As mentioned earlier, very much like their own “cousins” the Samurai wasps.

This group of species is known to lay its eggs inside those of spiders. However, the researchers who identified the new wasp in the state of Guanajuato, Mexico—giving it the punning species name “elba”— observed adult specimens emerging from the eggs of an invasive stink bug called Bagrada hilaris, commonly known as the bagrada bug.The scientists subsequently analyzed DNA from the adult wasp and compared it with genetic material left behind in the stink bug egg to confirm that this was a parasitic species. Read more at NewsWeek…

So the Idris elba wasp is like a rude, uninvited guest that moves in and literally takes over, killing the original tenant, the stink bug egg, in the process. Sad ending for the stink bug, happy ending for the farmer and homeowner. As more research is done on this new wasp species and how it can help in reducing stink bugs, contact Backyard Bug Patrol to experience firsthand our own proven methods of eliminating stink bugs bothering you in your Kensington, MD home.