Lyme Disease Vaccine For Pets And Their Owners In Brinklow, MD

Zip-lining or hiking at The Adventure Park at Sandy Spring is a treat for any Brinklow, MD resident! Especially during this season of Autumn when the temperatures are starting to go down and the colors of the leaves start changing. Picture a peaceful walk in the woods with your dog Chester. The problem is, there’s danger looming in the background of this happy scenario. Its name is Lyme Disease. Lyme disease is a tick-borne disease that affects both pets and humans.

Have you noticed Chester looking unwell, lethargic and feverish? If this is accompanied by lameness, then chances are Chester has Lyme disease, so a visit to the Vet is in order. 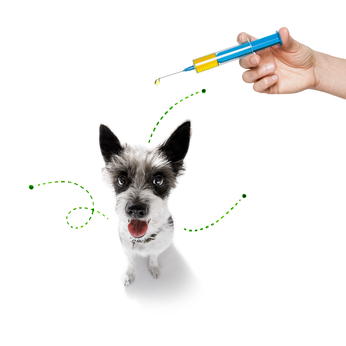 However, it’s also possible to be proactive about this if you notice any ticks around your home or neighborhood. Prevention, after all, is a much better alternative than seeking out a cure. As such, you need to be aware of the Lyme disease vaccine.

The Lyme vaccine helps to prevent Lyme disease in dogs, a bacterial infection that’s transmitted by blacklegged (aka deer or Ixodes) ticks that tend to live in woods and tall grasses in many parts of the country. “I tell owners [that] the Lyme vaccine is ‘belt-plus-suspenders’ for dogs with heavy exposure to deer ticks. The ‘belt’ is a spot-on product that kills deer ticks, and the Lyme vaccine is the ‘suspenders,’ says Dr. Betsy Brevitz, DVM, a vet in Fanwood, New Jersey and author of “The Complete Healthy Dog Handbook.” Read more at Pet MD…

So talk with your Vet about giving your dog the Lyme vaccine. In the meantime, it’s advised to continue using flea and tick prevention measures because the vaccine isn’t 100% effective and can only prevent Lyme disease. There are other tick-borne diseases that could also affect your pet.

Dogs are man’s best friend so it’s great that there’s a vaccine to help Chester beat Lyme Disease. But what about the Lyme vaccine for yourself or your child? What’s the story on that? It turns out there was a vaccine developed and put on the market about 20 years ago, in the late 90s. It was 76-92% effective after one received the third dose of vaccine. That’s pretty good! However, the company that made and sold it went from selling 1.5 million doses to only 10,000 in 3 years.

What happened? Well, apparently an alleged side effect of arthritis led to a class-action suit against the company. This, coupled with a false claim of autism being linked to vaccinations, a theory that’s still out there today, led to distrust and the drastic drop in sales. This forced the company to discontinue the vaccine. So bye-bye Lyme Vaccine for humans (Healthline.com).

But thankfully, Valneva, a biotech company in France, has taken the view of “if at first, you don’t succeed, try again.” They have been working on a vaccine for Lyme disease.

One of the new approaches is a vaccine, which works by stimulating the immune system to make antibodies that can attack Borrelia burgdorferi and other types of Borrelia, the bacteria that cause Lyme disease. The other is an injection of a single antibody. Both use a similar approach to the one taken by LYMErix. Here’s a breakdown of the process:

When an infected tick bites someone and begins to feed on their blood, Lyme-causing bacteria can slowly travel from the tick’s gut to its salivary glands and then transfer from biter to bitee. But if the person’s blood contains antibodies against the bacteria, they can kill Borrelia in the tick’s gut before the bacteria has a chance to travel to the salivary glands, preventing transmission to the human. Read more at Stat News…

The wisest man who ever lived said: “There’s nothing new under the sun.” So it’s not surprising that this “new” vaccine is based on a similar mechanism of action as the discontinued LYMErix. It’ll probably be another 3-5 years before it’s available on the market, through. One benefit it has over LYMErix is the new vaccine’s safety and efficacy in younger children. 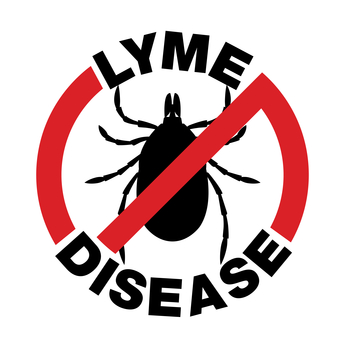 Perhaps the timing of this new vaccine “VLA15”, the disqualified correlation of autism and vaccines as well as the increase in Lyme disease cases, will mean success for this vaccine. Not only that, it will mean you and not just Chester, will be better prevented from Lyme disease.

In the meantime, getting rid of ticks remains an effective means for reducing the chances of Lyme disease at the source. For this, call Backyard Bug Patrol and ask about our tick control services.