If you’re like most people, you probably find crickets annoying. These grasshopper-like bugs are sure to provoke a reaction from anyone who comes across them. They are primarily identified by the sound they produce. Interestingly, you may not see them, but you cannot avoid hearing them. So, if all you know is the annoying sound they produce, this post is for you. 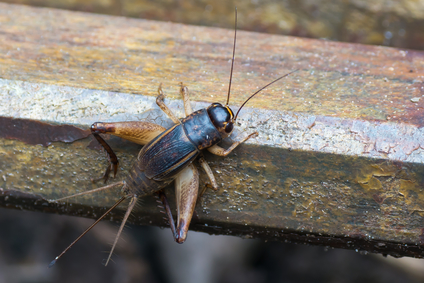 The first thing you want to do when you meet a new person is to know their name. If they have an interesting name, you may want to find out its meaning, or even its origin. Here are some interesting facts about cricket’s name:

How did crickets get their name?
Cricket is derived from “creket” in Middle English which was originally came from “crequet” in Old French. It’s thought to be onomatopoeic, which means that the name resembles the sound my by these animals.

Well, sometimes people overlook the obvious, expecting a complicated name for a particular bug. However, simple descriptions are sure to work. 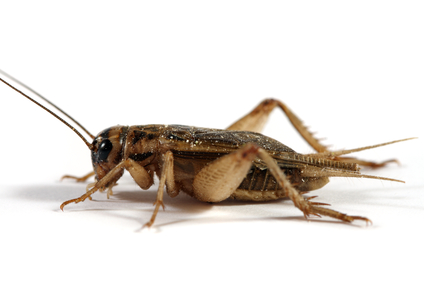 Now that these bugs are known for the music they produce, you may find it interesting to learn about their anatomy. Do they hear the sound they produce? Do they have ears and a mouth to sing with?

Male and female crickets have auditory organs on their lower forelegs, oval indentations called tympanal organs. These tiny membranes are stretched over small air spaces in the forelegs. Sound reaching the cricket causes these membranes to vibrate. The vibrations are sensed by a receptor called a chordotonal organ, which turns the sound into a nerve impulse so the cricket can make sense of what it hears.

Acute Hearing
Because the cricket’s tympanal organs are so sensitive to vibrations, it’s remarkably difficult to sneak up on a cricket without it hearing you coming. Have you ever heard a cricket chirping and tried to find it? Every time you walk in the direction of the cricket’s song, it stops singing. Since the cricket has ears on its legs, it can detect the slightest vibration created by your footsteps. Read more at ThoughtCo…

Sounds funny that these bugs have “ears” on their legs. And that they are super-sensitive in their perception of vibrations. How about a dare: try and catch the next cricket you come across. 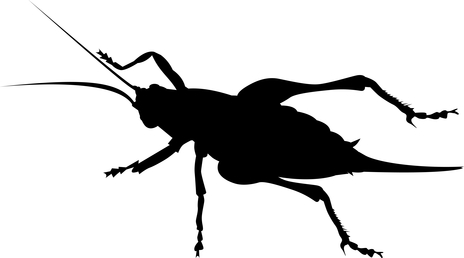 One of the ways to identify crickets is by their movement. They are quite similar to grasshoppers in this sense. However, there are other distinct behaviors that are a preserve of crickets.

Crickets jump. Although it varies by species, field and house crickets can jump about 0.9 meter (3 feet). This is roughly equivalent to 30 times their body length.

Their powerful rear appendages primarily function for leaping, which enable crickets to flee from other animals that naturally prey on them. When crickets are unable to escape, their strong back legs are also used to fend off attackers.

Aside from jumping, crickets are also excellent climbers and some species have the ability of flight.

Crickets are well known for their chirping sounds. They chirp for several reasons, but only the male crickets can chirp. The male cricket rubs his front wings together to make his chirping sound. The female’s wings aren’t built the same way, so she has no chirp. Read more at Just Fun Facts…

Well, even with all these interesting facts, the last thing you want to deal with is a house cricket. It’s even worse when it decides to sing you a “lullaby”. Your best option is to keep them out of your house.

Need an expert to keep these orchestral creatures away from your home? Look no further than the Backyard Bug Patrol team. Our indoor pest control package will guarantee you a good night’s sleep. Call us today to make your home bug-free!