Keeping An Eye On Zika

Mosquito season is just around the corner for many parts of the United States and in some areas, these tiny blood sucking, disease spreading pests have already started to make nuisance of themselves. Experts aren’t quite sure what to expect this year in terms of the Zika virus, but they are keeping a very close eye on the situation.

Threat of Zika looms as mosquitoes prepare to make a comeback

Dr. Slobodan Paessler with UTMB Galveston develops vaccines and has worked with mosquito borne diseases for 17-years. When the Zika epidemic hit in 2016, that’s where Paessler turned his attention, hoping to ensure a vaccine wouldn’t be rushed. Along with researchers from Germany and Singapore, Paessler decided to study the virus from a different perspective and found evidence that parts of the Zika virus closely resemble parts of the host’s own immune system, which may trigger the host’s body to mount a defense against both the Zika virus as well as its own complement system.

The mosquito borne virus became of huge concern in 2016,  spreading to 26 countries and territories in the Americas. Since then there has been ongoing research into potential vaccines and treatments.

Virus Hunters Draw A Map of Zika’s Spread with DNA

IN APRIL 2015, researchers in Brazil reported the first case of Zika virus—finally putting a name to the mysterious rash, fever, and joint pain-causing illness that had been swarming the northeast corner of the country. By the time the World Health Organization declared Zika a global health emergency nearly a year later, the outbreak had spread to 26 countries and territories in the Americas, infecting hundreds of thousands of people and leaving many babies with an incurable developmental defect called microcephaly.

The national emergency surrounding Zika may have been put to an end, but that doesn’t say that there’s not the possibility of it rearing its ugly head again. 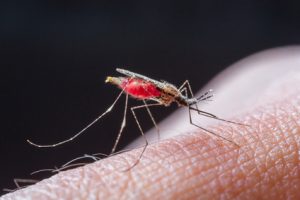 We all need to be responsible when it comes to mosquito prevention and making sure that we are educated and taking the necessary steps to protect not only ourselves and our families, but those around us too. We all have a part to play in the fight against mosquitoes.