Cricket sounds are a common theme in movies. The term is used along with the not-so-funny jokes and also for signaling nighttime. However, in the insect world, there are many types of crickets, some more commonly known than others.

Below you will find some three types that are common but are simply unknown to many. These are the Green crickets, the Camel crickets, and the Jerusalem crickets. Enjoy the read 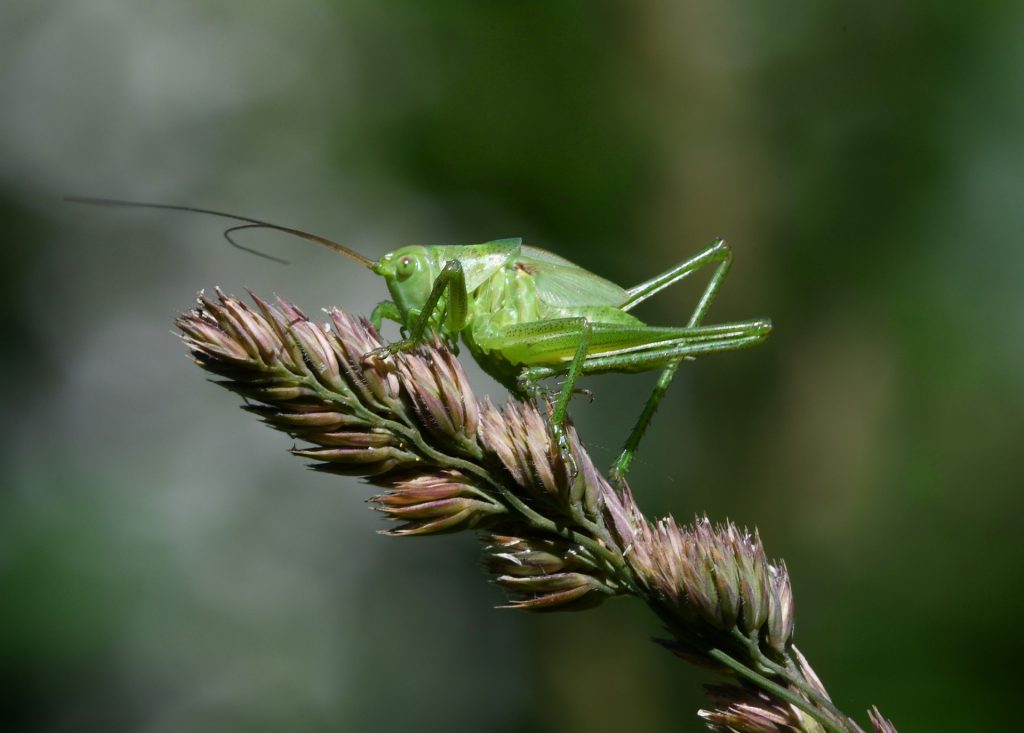 The green bush cricket is by far the largest bush cricket alive. You can easily mistake one for a grasshopper. This cricket lives on trees and grasslands and loves dry soil for laying eggs.

This is their life cycle:

The females lay their eggs using their ovipositor into soil. The eggs then enter a process called diapause, where they lay dormant over the first winter. When the warmer weather returns, the eggs start to develop until they are near the point of hatching. The eggs then enter diapause again for the second winter. They may hatch and develop into a nymph around April, maturing into an adult in late June.

Alternatively, after the first winter, the diapause can last as long as 7 years, so they would not develop into an adult until 7 years later. As a result, the life cycle can last anywhere between 2 and 7 years. This adaptation helps the species to survive variable climates. Read more from Insect Week… 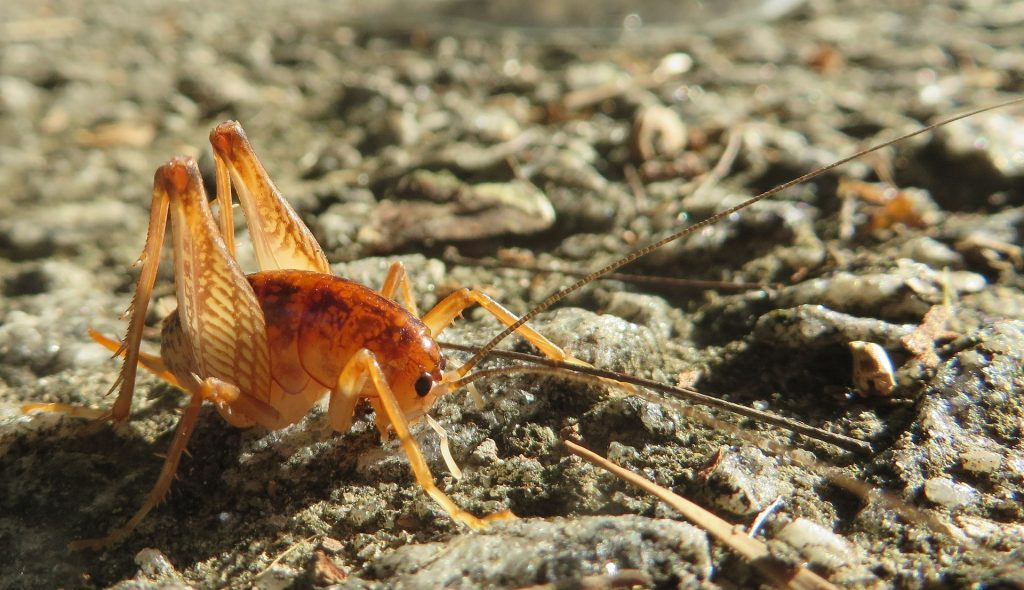 Camel or spider crickets are very common in the US but not known by many people. These spiders are also called sprickets, you get it? Spider and cricket become sprickets. This is because of their similarity in appearance with spiders.

These pests prefer to live in dark wet environments. You will most often find them in basements, garages, greenhouses, sheds – anywhere where there is moisture and vegetation. They are essentially scavengers and will eat anything. And by anything, we are talking fungi on basement walls, scraps of food, rotting trash, fabric, dead animals and insects, feces, even each other! In this regard, they can be considered an asset as they will clean up the disgusting things found in your dank basement or garage. However, they can be a nuisance as they will chew through cloth and fabric like a moth.

Camel crickets are actually harmless to humans. They don’t bite, they don’t make noises like normal crickets, they don’t fly, and do not spread illness or disease. In order to defend themselves, they use their longer back legs to leap at their predators. The bad thing about this is that they may consider you a predator and leap at you, which can be somewhat terrifying for anyone. Read more from Russell’s Pest Control… 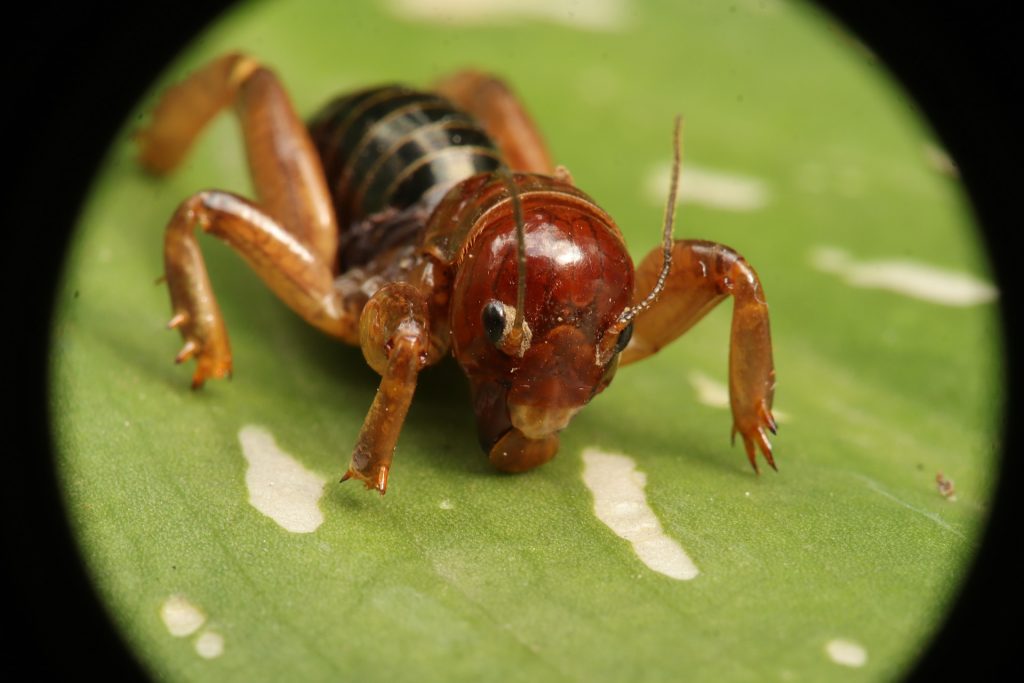 What do you know about Jerusalem? In most cases, the word “Jerusalem” is used to refer to the city in Israel. However, last year, it took on a new meaning with the famous “Jerusalema dance”. But there is a Jerusalem cricket. Interestingly, it is not native to Jerusalem and is actually from the United States and Mexico. Here’s a description of this cricket:

This slow-moving, humpbacked insect is often mistaken for a spider. Six legs and only 2 eyes helps eliminate that as a possibility. As members of the Camel Cricket family, they sport a rounded back like the desert animal that is covered in alternating black and tan bands. The enormous, round head brown and a strong jaw is able to deliver a painful bite if mishandled. Their hind legs have 2 rows of spines and seem short for a cricket. They do not have wings, and walk so slowly that most people are comfortable approaching them.

Jerusalem Crickets are found under rocks or often walking along gravel in valleys, sandy banks, or on hillsides. This species prefers drier climes and loose, dusty soil. The tracks they leave behind are unique, created by dragging their large abdomens across the fine particles of soil. They can make a scratching noise. Read more from Insect Identification…

You should routinely keep yourself updated on the various types of bugs around for easy identification when you encounter one. This will help you when you spot one in your home. But when these creatures infest your home, call in the experts. You can reach out to Backyard Bug Patrol today. Our organic pest control program is effective in dealing with crickets, spiders, ants, and other indoor pests. We are here for you!