While stink bugs are really more active outdoors in the Spring and Summer, once September (the beginning of fall) arrives, they begin to invade your home. So since September is here, why not go over a few things that seem to attract stink bugs? 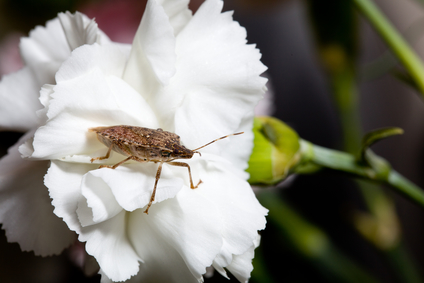 Well, like just stated, stink bugs invade homes once it starts getting cooler. They look for cracks, crevices, vents and really any way to get into your house to hibernate during the fall and winter months. But a recent study showed that not every hole or crack can attract a stink bug and its family into your house.

A new study by researchers at Virginia Tech and the U.S. Department of Agriculture shows that slits less than 3 millimeters wide and holes less than 7 millimeters wide should successfully exclude the vast majority of brown marmorated stink bugs. The results are published today in the Journal of Economic Entomology. Read more are EurekAlert…

So based on this study, holes, and slits over 7mm and 3mm respectively may just as well be flashing neon lights calling out to stink bugs, “Come hibernate here!”

Another thing that attracts stink bugs are plants, fruits, and vegetables. This is pretty obvious, considering this is what they feast on. But some are more enticing to stink bugs than others.

Both the larvae and adult stink bugs will then feed on plant juices but may also attack nearby fruits and vegetables like tomatoes, peppers, corn, beans, etc. Noticeable damage may appear as pin pricks surrounded by a yellow or green color. While a few stink bugs in the garden may not cause too much harm, many of them will quickly damage plants and crops. Read more at Gardening Know How…

Stink bugs also enjoy peaches, berries, and pecans. So if you have such plants in your garden, you’ll most likely observe those pesky destructive shielded bugs around. 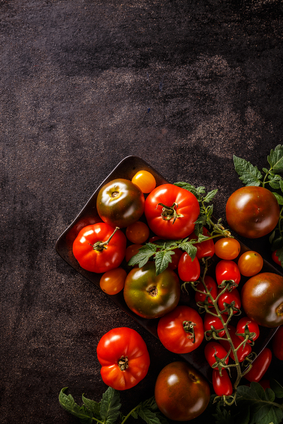 So now that we know the plants and entry points into your home that attract stink bugs, how can we get rid of them? A couple of other ways of controlling stink bugs are listed below.

While you can’t do much to change the course of nature, you can meet the formidable challenge stinkbugs present. Caulk up cracks and crevices around windows and doors to limit entry points and install weather stripping under exterior doors. Cover vents with mesh screen to keep the bugs out and choose the plants around your home carefully. Select plants that are the least likely to attract BMSB so there are fewer of them in your yard to begin with. Read more at Hunker…

Some plants that don’t attract and in fact repel stink bugs are thyme, garlic, marigold, and lavender. So make use of that green thumb and get to planting. After all, lavender can also double up as a lovely essential oil and you can use garlic and thyme in your cooking too.

You should find the above useful as a starting point to fight stink bugs this season. But what if it’s not enough?

Well, another solution, and certainly the most effective, is to call Backyard Bug Patrol. We have years of experience eliminating stink bugs in an organic way. We’re your tried and true tool against stink bugs in Virginia and Maryland. Call us today.