When we hear the name Dracula, we think of Gothic horror, blood sucking, vampire bats, Transylvanian Castles and the spread of the undead curse. Halloween costumes, scary movies and things that go bump in the night. Can we just stop you there though? Do you ever relate the name to ticks? 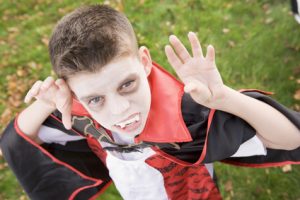 If not, then you will going forward because scientists have discovered a prehistoric tick found in a chunk of 99 million year old amber and they’ve called it Dracula’s terrible tick. Here’s an article with more information:-

Meet Dracula, the bloodsucking tick which feasted on dinosaurs 99m years ago

As if the dinosaurs didn’t have enough to look out for with volcanic eruptions, fearsome predators stalking the land and a huge, unstoppable asteroid hurtling across space to ruin their day. Now scientists have found that the prehistoric beasts also had blood-sucking ticks to contend with, having spotted carcasses of the parasites lodged in 99million-year-old lumps of Burmese amber along with material left over from dinosaurs and their nests.

So could these troublesome ticks still have spread diseases such as Lyme disease in prehistoric times just like they do today?

The oldest known evidence of Lyme disease may lie in ticks that were entombed in amber at least 15 million years ago, scientists announced. The researchers investigated four fossilized ticks that had been trapped in chunks of amber found in the Dominican Republic. Inside the ticks’ bodies, the scientists saw a large population of cells that looked like the squiggly shaped spirochete cells of the Borrelia genus — a type of bacteria that causes Lyme disease today.

Ticks have been found in fossils before, but this particularly recent discovery reveals a tick with a feather which could show a relationship between the two.

“When we get isolated feathers or isolated ticks, it’s very hard to say what the relationship is there,” says Ryan McKellar, curator of invertebrate paleontology at the Royal Sasketchewan Museum in Canada, who was not involved in the study. “But with these specimens, they’re able to point and provide fairly concrete evidence for the first time.”

Evidence that these pesky bugs are not going to go away. If they survived the extinction of the dinosaurs, then we need to be fully protected from them at all times, because they are certainly here to stay.