Home » Tick Control » Lyme Disease » Were Ticks Intended To Be Used As Bioweapons? A Follow Up

Were Ticks Intended To Be Used As Bioweapons? A Follow Up

I can’t say I’m big on conspiracy theories but given the fact that a member of Congress recently got involved and we have a number of government/military research facilities in Frederick, Reston and other areas in the Virginia, Maryland DMV, I thought it appropriate to post this follow-up.  Last month ticks were all over the internet. It was like they were in every Twitter feed, meme, and Instagram post. The claim that ticks being researched as bioweapons led to increased incidences of Lyme Disease, was the source of all this. Last month’s blog, like every good season finale, left us with a cliffhanger on this topic. This month, let’s look through the lens of a bespectacled gentleman (pun intended) who has had to fight a tick-borne disease himself. 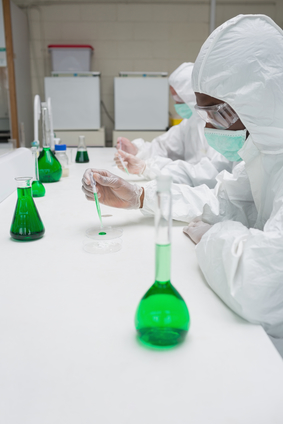 Peter Beaumont, a journalist with The Guardian, wrote an article questioning the spread of Lyme Disease and whether or not it could be attributed to a potential bioweapons program that ran between the 50s and 70s. As the Defense Department investigates this claim, let’s see what the American Lyme Disease Foundation has to say.

Vice News called it a “conspiracy theory”. Phil Baker, executive director of the American Lyme Disease Foundation, told the news site: “There’s evidence in the US that Lyme disease was here before Columbus came around. Plus, Lyme disease isn’t life-threatening, so it’s not a good candidate for a biological weapon.” Read more at The Guardian…

Lyme disease is an aggravating disease that can spread to other parts of the body for months and even years after infection. However, since it’s been around way before the alleged experiment and isn’t life-threatening, it’s highly unlikely a tick-bioweapons program led to the spread of Lyme Disease.

So why is Lyme Disease spreading? Could there be more plausible reasons that have been evaluated?

If Lyme disease is spreading, it is almost certainly nothing to do with mysterious US bioweapons programmes but instead more mundane human impacts on, and interaction with, the environment.

In the US that includes the continuing sprawl of suburbs and exurbs into places where infected ticks, and disease hosts such as chipmunks and deer, are still common. This is the explanation of the US Centers for Disease Prevention and Control. (The Guardian)

So it’s like the lady who blamed humans who went into the ocean or as she puts it “the sharks’ home” for getting attacked by sharks. As we expand into forested areas, we get exposed to tick territory. The deer population has been on the rise since the 1900s due to regulatory action to combat potential deer extinction. And as it turns out, deer is the main host of Lyme disease. So this may be another cause. 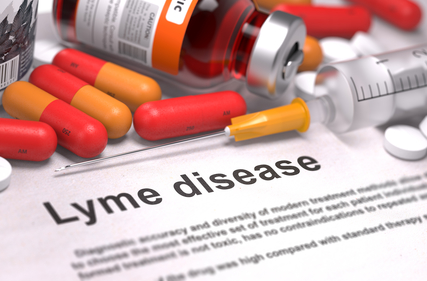 Global warming seems to be the correct answer to any problem posed nowadays. Surprise, surprise, it appears to be another reason for the spread of Lyme disease.

All of which, as argued recently by Katharine Walter who has been studying ticks at Yale University, may have been exacerbated by the climate crisis. Her genome research suggests that Lyme disease has been present in the US for more than 60,000 years. “Warmer winters and longer summers let more ticks survive and thrive further north each year,” she says… Because more ticks survive and mature more quickly, diseases can be transmitted faster.” (The Guardian)

The expansion of suburbs is a human activity. Regulatory action to protect deer was implemented by humans. Global warming is being sped up by humans. Could it be that instead of a shady bioweapons program, the culprit behind the spread of Lyme disease is closer home than we think? Maybe we ought to take a long look in the mirror…

Oh, and in the meantime, fight terrorizing ticks by contacting Backyard Bug Patrol.  Reston, VA and Frederick, MD…we have you covered!