What To Do If A Tick Is On You

Ticks are so tiny, that it’s easy to not notice that one has latched onto your skin. So if you’ve ventured out into an environment that has the potential to be shared by ticks, you must make sure you do a thorough tick check as soon as possible. Here are a few Q&A’s about what to do if a tick is on you.

Can you feel a tick on you?

You won’t necessarily feel a tick on you because it is so small in size, which means that it is unlikely you will feel it bite you. More often than not, it will look like a tiny speck that could be mistaken for a bit of dirt, but as the tick bites and feeds on your blood, it will increase in size. At this point, you might notice the tick but you won’t necessarily feel it, because it has already burrowed part way into your skin. 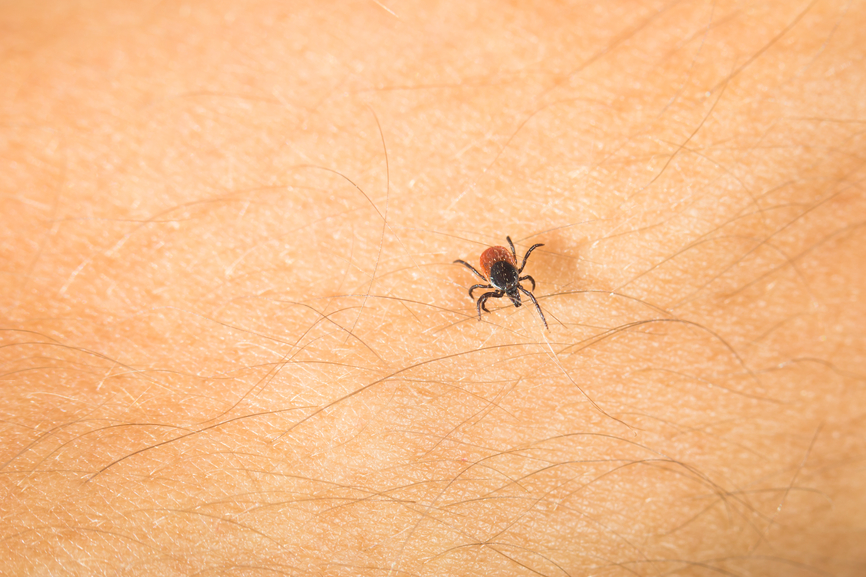 How do you know if you’ve been bitten by a tick?

You can usually tell if you have been bitten by a tick because the area where you have been bitten will often develop redness or a slight itch. If the tick is infectious and has transmitted harmful bacteria to you, you may also notice flu-like symptoms. Here’s an article with symptoms to look out for.

Tick bites are often harmless, in which case they don’t cause any noticeable symptoms. However, ticks can cause allergic reactions, and certain ticks can pass diseases onto humans and pets when they bite. These can be dangerous or even deadly. Learn how to recognize ticks, the symptoms of tick-borne illnesses, and what to do if a tick bites you.

What happens if a tick is not removed?

The longer a tick is on your body, the higher the chances of contracting a tick-borne virus, such as Lyme disease.  It is important that a tick is removed correctly because if the head gets stuck and is accidentally pulled apart from the rest of the body (leaving the head embedded under the skin) there is a risk of further infection from other forms of bacteria.

How long does a tick need to be on you to transmit disease?

For a tick to get a satisfying feed it can take between 36 to 48 hours. That’s a long time for this disease spreading critter to be attached to your body, which means the potential of transmitting disease is of higher risk, the longer the tick is on you.

What should you do after being bitten by a tick?

If the tick is still on you, remove it carefully. Keep an eye on the wounded area and if you notice any redness, for example, a bull’s eye-shaped rash or feverish like symptoms, you should get in touch with your doctor. The quicker any potential of Lyme disease is detected, the quicker available treatment can be provided.