Home » Virginia » Fairfax » A Sigh of Relief for Reston, VA Residents Concerned About the ‘Murder Hornet’

A Sigh of Relief for Reston, VA Residents Concerned About the ‘Murder Hornet’

We’ve all had enough to worry about over the last few months, so any sort of good news is now welcome. In the last few days, the internet has been abuzz (pun intended) with discussions about Asian giant hornets. Two of them were spotted in Washington state in December 2019. 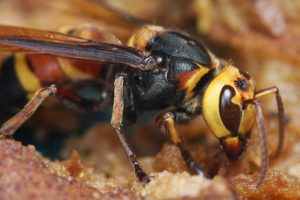 Now referred to as ‘murder hornets’, these Asian insects are the largest wasps in the world. They generally avoid humans, but can prove harmful if disturbed:

With the toxic venom that their large stingers deliver, the insects already are known for killing people in their native habitats: In Japan, an average of 30 to 50 people each year die from the hornets’ stings. In 2013, when populations of the hornets were unusually high, they killed 42 people in a single Chinese province. Most serious incidents occur when people come near or disturb the insects’ hives. Read more at National Geographic…

Asian hornets are a hazard to humans mostly because their stings deliver a large amount of toxin.  They can also sting you multiple times over, and their stingers are long enough to pierce through the typical protective gear worn by beekeepers. However, these Asian hornets largely pose a serious threat to honeybees, which they hunt for food.  The giant hornet’s life cycle typically begins in April, which is when the queens come out of hibernation. Once a queen builds her nest, she’ll send out the worker hornets to find food.

A preference for Honeybees 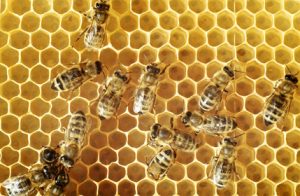 Honeybee nests are a coveted food source for Asian hornets. The worker hornets have sharp mandibles that enable them to decapitate honeybees. They eat the dead honeybees and also feed them to their young. Certain honeybee species can, to some extent, defend themselves from a single giant hornet. Unfortunately, our local U.S species are very gentle and would quickly fall prey to these predators.

Pollinators, most often honeybees, are responsible for one of every three bites of food taken in the US, and increase the country’s nation crop values every year by more than $15bn (£12bn), according to the US Department of Agriculture. Read more at BBC…

So, should you worry as a Fairfax County resident? Well, first, it’s important to note that not all hornets are Asian giant hornets, and some local species actually resemble this invasive species. European ground hornets, for instance, are very docile insects that resemble the giant wasps, though they are smaller. In contrast, the Asian species are roughly the same size as a matchbox. 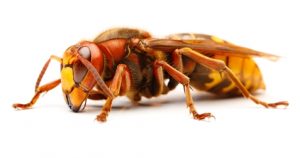 Additionally, people living in and around the D.C area don’t need to worry about the Asian hornets. According to entomologist Mike Raupp, they are unlikely to arrive here anytime soon:

Raupp explained that it could be decades before the “murder hornet” finds its way to the National Capital Region, but because its main mission is to decimate bee nests by ripping off their heads, beekeepers should know how serious of a threat it could eventually become. Read more at WTOP…

Honeybees play a huge role in pollination, and beekeepers supply billions of honeybees every year for this very reason. That’s why experts are already making efforts to find and destroy any existing Asian giant hornet nests.

Meanwhile, it’s critical to stay on top of the things that are in fact, active threats to our wellbeing. Mosquitos, for instance, remain the leading most deadly insects worldwide. And as the weather gets warmer, so do their populations. Call Backyard Bug Patrol today for mosquito control services in Reston, VA to keep your home and yard mosquito-free.