Can Samurai Wasps Protect Our Vegetable Gardens From Stink Bugs in Oaktoan, VA

If you’ve been privy to recent news about the Asian ‘murder hornets’, you know how much of a concern they have become. Fortunately, scientists predict that it could be more than a decade before they make their way to the D.C. area. So there’s no immediate threat for those of us in Fairfax County, VA. 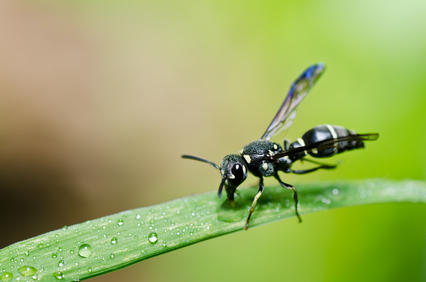 Even so, news like this could make you concerned about having any kind of wasp near you. But you’ll be interested to learn that there’s a different kind of wasp whose population is encouraged.

Bergh’s presentation — “Release and Distribution of T. japonicus in the Mid-Atlantic” — focused on Trissolcus japonicus, or the samurai wasp, and how it’s spreading throughout the region.

This wasp with the foreboding name hails from the Far East and has an appetite for another native Asian — the brown marmorated stink bug, which causes plenty of problems for orchards and tree fruit growers.

Stink bugs feed on apples, peaches and other crops, leading to deformed and unmarketable fruit. Read more at Lancaster Farming…

Fruit farmers certainly appreciate what samurai wasps do for them. That’s why researchers are actively studying how they can encourage their populations throughout the country. All these efforts are meant to mitigate the negative impact that the presence of stink bugs has on tree fruits, so you can tell it’s a serious problem. 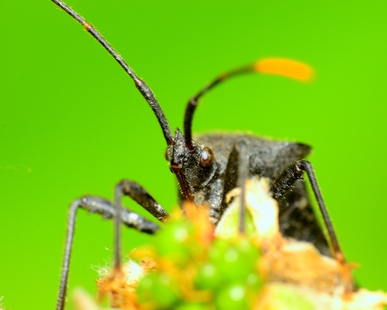 If you own a vegetable garden, you probably know how stink bugs can be problematic, especially in this spring season. As the weather gets warmer, stink bugs emerge from their winter hibernation. Larvae, as well as adult stink bugs, feed on plant juices. They’re also happy to attack any vegetables and fruits in the vicinity. A few stink bugs may be fine, but many of them can seriously damage your plants.

They don’t seem to bother cucumbers, squash, or cole crops like broccoli, cabbage, collards, or kale.

The damage to fruit will show up as white or yellow marks on the skin and spongy tissue where the feeding has occurred. Read more at Journal Now…

Samurai wasps help to control stink bug populations when their females insert their eggs inside stink bug eggs. The samurai wasp larvae then hatch and destroy the eggs as they chew their way out. 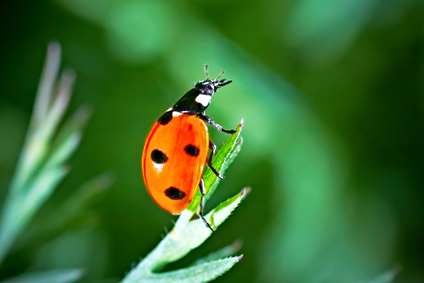 Certain insects make excellent garden friends, so one might be concerned about their safety in the presence of samurai wasps. Again, if you heard about what the Asian hornets do to honeybees, and also what they do to humans, then this is a valid concern. The following should put your mind at ease:

The samurai wasp is adapted to parasitize stink bugs only. It cannot attack any other species. However, there is a concern it might attack stink bugs native to Michigan. In the laboratory, it was able to attack native stink bugs when given no other choice, however, it shows a strong preference for BMSB. Right now, BMSB is the most prolific stink bug species in most habitats, so it will likely be the primary target of the wasp. Read more from Michigan State University…

Samurai wasps are only one-eighth of an inch in size, and they don’t attack humans. So you can see why their presence in our yards could be great news for those of us dealing with stink bugs. The not-so-good news is that it could take years before samurai wasp populations grow enough to have a significant impact in controlling stink bugs. 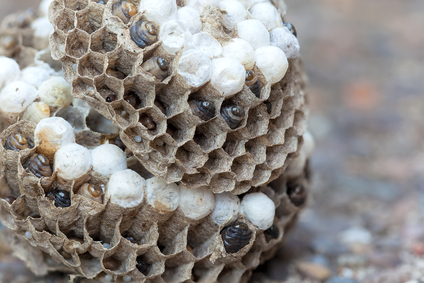 Stink bugs like fruits, which is why they also tend to find their way into our houses and not just our yards. Bear in mind that crushing stink bugs is not recommended; they release a stink you’ll not soon forget. To keep them off your garden and fruit bowl, get in touch with Backyard Bug Patrol. We provide organic and effective stink bug control solutions in Oakton, VA.