Home » Virginia » Fairfax » Which Spiders Should You Watch Out For In Vienna, VA?

Which Spiders Should You Watch Out For In Vienna, VA?

Most people dislike spiders. But that alone is not enough to call the discomfort you feel a spider phobia. Even so, spiders are not popular arachnids, and generally have a bad reputation for their ability to scare us. But not all spiders are dangerous, and even those that bite are not all poisonous. So it helps when you’re aware of what spiders you might come across in Fairfax County, and whether they are harmless or dangerous.

A good example is the daddy longlegs. If you live in Virginia, you may have at some point heard that it’s the world’s most poisonous spider. But here is some expert information that should help you distinguish between fact and myth:

“That’s a complete myth,” says Victor Townsend, professor of biology at Virginia Wesleyan University. “They don’t have any poison glands. They don’t have fangs.” In fact, says Townsend, their most offensive defense is literally raising a stink. “If you handle one for a bit, you will start to notice this noxious scent.” Read more at Virginia Living… 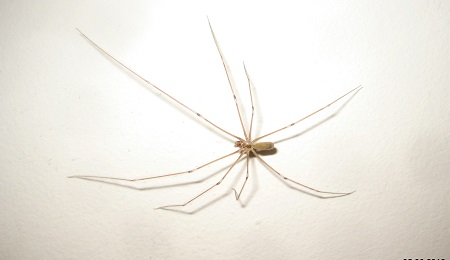 So daddy longlegs, or harvestmen, are indeed in the arachnid class, but of a different order called Opiliones. They also don’t produce silk as spiders do, and they are omnivores, in contrast to most spiders, which are carnivores. As their name suggests, harvestmen are usually spotted in the late summer and early fall.

So which spiders should you be wary of if you live in Vienna, VA? Well, the first and most obvious one is the black widow. And no, we’re not referring to Natasha Romanoff (although it may be best not to piss off this founding member of the Avengers). 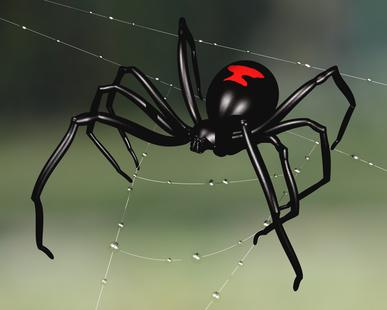 We’re talking about black widow spiders, which, fortunately, are easy to identify. They’re black, with long legs and an abdomen underside marked bright red for females, or with red or yellow bands on the back for males. The only native venomous spider in Virginia, black widow females produce 900 eggs at a time. This is necessary because the baby spiders eat each other to survive. So no, they’re not to be messed with:

In summer, black widows prefer quiet places outdoors such as in brush piles, tree hollows and sheds. In the winter they enter homes and other occupied buildings residing in basements, garages or attics to overwinter or hibernate. They usually stay within the confines of their web where they wait for prey. They are not aggressive but will bite if disturbed. The venom will cause immediate, intense pain, swelling and redness. Sweating, nausea and abdominal cramps may follow and last several days. Although death from a black widow bite is rare, it is best to seek medical help for a black widow bite as soon as possible especially if the victim is a small child or elderly person. Pets, cats in particular, are also at risk for black widow spider bites. Read more at Fairfax Gardening…

Another species to watch out for is the brown recluse spider. These tan to dark brown spiders are identified by a characteristic fiddle-shape marking on their head region. They may be found hiding in garages and basements, and are pretty good at hiding, so you’re unlikely to find their webs in the open. They can be difficult to identify, so if bitten, doctors advise patients to bring the spider along in a jar if possible.

Feeling creeped out by the story in the video above? Then you’ll be happy to know that keeping unwelcome insects out of your home is what we do best at Backyard Bug Patrol. So if you’re concerned about any arachnids creeping into your home, let us help you make sure they don’t. Call us today for effective indoor pest control services.