Mosquitoes are about the deadliest creatures on earth and are responsible for hundreds of thousands of deaths each year. So it makes perfect sense that a lot of research goes into finding ways to defeat them. 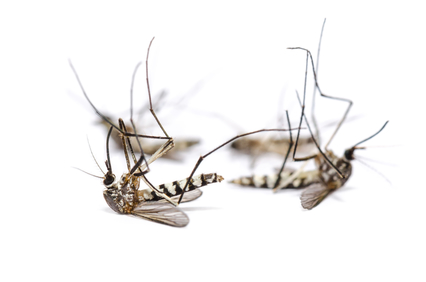 Are mosquitoes getting smarter?

Mosquitoes are increasingly adapting to our attempts at rendering them harmless in Prince William County and across the globe. In fact, this is one factor that scientists are paying significant attention to. The following post highlights some of the ways mosquitoes are actually returning the favor and studying us:

Mosquitoes are smarter than people think.

Scientists have found that mosquitoes are changing their hunting routines in response to host cues. For example, in Africa, mosquitoes now recognize when people emerge from bednets in the morning and have begun hunting more often during the day than at night.

It’s widely known that mosquitoes can track our movements by smelling our carbon dioxide exhalations. However, not much attention has been given to how mosquitoes use their eyes as well. Vinaugher found that they also use their eyes to hunt. This is why they are able to track us with such a high level of accuracy. 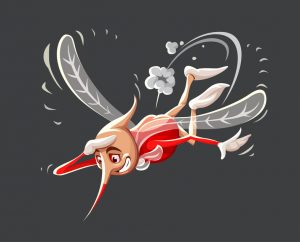 Another interesting study by scientists in Africa has discovered a new microbe that could be used for mosquito control.

By studying malaria mosquitoes in their natural environments, mainly at icipe’s Thomas Odhiambo Campus in Mbita on the shores of Lake Victoria in Kenya, the researchers found that mosquitoes carrying Microsporidia MB did not harbor malaria parasites in nature, or in experimental infections in the lab.

The researchers also showed that Microsporidia MB is passed from a female mosquito to her offspring at high rates, and does not kill or cause obvious harm to the mosquito host. Read more at Phys.org…

According to the researchers, increasing the proportions of mosquitoes carrying the Microsporidia MB microbe could help in the fight against malaria. A similar approach is being used to fight dengue, another mosquito-borne disease. We hope the study yields positive results in the long run.

One of the main goals of infectious disease researchers is to find non-toxic ways to kill mosquitoes. An ongoing study among scientists from the University of New Mexico suggests that this could be possible. Even better, the approach uses yeast and orange oil, which are readily available.

Simply put, Hurwitz and her collaborators have found a way to inject orange oil into yeast cells. The oil kills the yeast, but tiny droplets of oil remain contained inside the yeast’s tough cell wall.

Using a proprietary method, oil residue is washed from the outside of the yeast cells, which are then be dried into a powder — and later mixed with water to create a solution that can be sprayed on the ponds and puddles where larvae hatch and grow.

It turns out mosquito larvae love to munch on yeast, Hurwitz says, but they succumb when they ingest the oil-laden fungal cells. Read more at Science Daily…

You might not know this but essential oils have insecticidal properties. In fact, plants use these oils to protect themselves from predators. One benefit of this approach is that it eliminates the need for pesticides that are harmful to humans. Secondly, it addresses the problem of mosquitoes developing resistance to these pesticides. 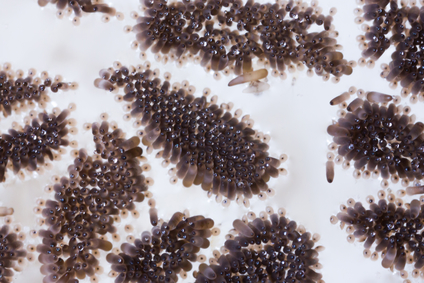 We certainly look forward to getting more mosquito solutions that are both safe and effective. In the meantime, are you looking to get rid of mosquitoes in your home or yard? Good news!! Backyard Bug Patrol is here for you. Call us today for 100% organic mosquito control options in Occoquan, VA.