The Asian longhorned tick is a relatively new species of tick that has made its way into the United States.  As with other species of tick, it can transmit disease, some of which can cause severe illness or even fatality. Here are a few things you should know about it. 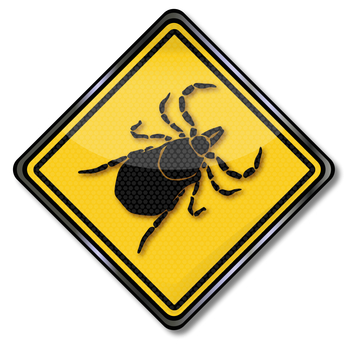 How did the Asian longhorned tick get into the U.S?

This particular species of tick was first discovered in New Jersey. However, it’s a mystery as to how it actually got here. Scientists are still trying to find out how this particular arachnid appeared so far from home.

In what parts of the U.S has the tick been found?

So far it has made its way to 8 States, and very quickly! Here’s an article with a map that shows just how rapidly this species of tick is moving across the country.

TO THE NAKED eye, the Asian longhorned tick isn’t much different than other ticks found in the United States: It too has eight legs, a round body, and mouthparts that latch onto its chosen host. But this arachnid is native to East Asia—where it has been shown to spread disease—and it’s quickly moving through the eastern part of the country.

What diseases does it carry?

There have been no reports over here in the U.S about these ticks transmitting deadly viruses, but that doesn’t mean they won’t. In Asia, there have been reported cases in humans of severe fever with thrombocytopenia syndrome (SFTS), which can be fatal!

How can you protect yourself from it?

You don’t just want to protect yourself from this particular tick. You MUST protect yourself from all species of tick. Whether they carry infections or not, they can still pack a punch when they bite. That’s why you want to invest in adequate tick control, wear appropriate clothing when venturing into a possible tick habitat (and yes, that includes your back yard!) and also ensure you do a thorough tick check.

What should you do if you get bitten?

First thing is that you need to know how to remove a tick safely if it is still embedded on your skin, or the skin of your pet, because these pests like your furry friends too. If you think you are showing symptoms of an infection, then you want to make sure that you seek medical attention as soon as possible. Identifying a tick-borne virus early means that treatment can be administered as soon as possible.