Home » Mosquito Control » Is There A New Suit Of Armor Against Mosquitoes?

Is There A New Suit Of Armor Against Mosquitoes?

Summer is drawing to a close. While we’ll miss the barbecues, ice cream-indulging weather and lake trips, we won’t miss the mosquitoes. They bite and transmit dangerous diseases.

Mosquitoes threaten public health by carrying infectious viruses such as Yellow Fever, West Nile, and Zika, leading to disability and death for millions of people every year. Read more at NIH…

Eastern Equine Encephalitis (EEE) is yet another disease transmitted by mosquitoes. Just this year, four people have been infected with EEE in Massachusetts alone. One of the infected died as a result. There are usually only about 7 cases a year in the US. Although such cases are rare, it’s important to figure out the best ways of preventing mosquito bites.

At the moment, other than getting rid of standing water, wearing long-sleeved shirts and long pants, and staying indoors, preventing mosquito bites involves the use of chemicals. 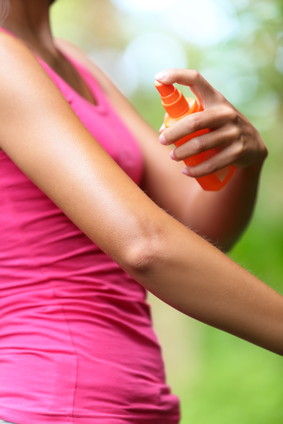 Permethrin is used to treat your clothes and gear while EPA registered repellents are recommended to spray on the body. It’s interesting to note that insect repellent is not recommended in babies under 2 months old.

In this day and age of Whole Foods and Trader Joe’s most people are trying to be more natural and avoid chemicals. Could there be another option to bug sprays?

Researchers conducting a study funded by the National Institute of Environmental Health Sciences discovered that a film made of graphene, an element found in charcoal and graphite, showed promise in blocking mosquito bites. Dry graphene film appeared to interfere with mosquitoes’ ability to detect skin and sweat, according to the study by the Brown University Superfund Research Center. Read more at Washington Times…

So graphene appears to be a physical barrier against mosquitoes. It acts as an invisible cloak you can wear to protect yourself from “evil” mosquitoes. It does have its kryptonite, however – water. Apparently if graphene gets wet, mosquitoes will be able to land on your skin.

These initial findings may certainly lead to promising results in the future. Like us, you may also be curious to try on the anti-mosquito graphene suit if or when it comes out. In the meantime, if you have a mosquito problem on your property, check in with the helpful folks at Backyard Bug Patrol. We have a few tricks of our own to kill and control mosquitoes. Call us today!