Home » Mosquito Control » The Tale Of The Asian Tiger Mosquito

The Tale Of The Asian Tiger Mosquito

The Asian Tiger mosquito has a cool name, a cool acronym (ATM) and a cool look. But don’t be fooled-like a new partner who’s just come out of a toxic relationship, the ATM comes with unhealthy baggage. 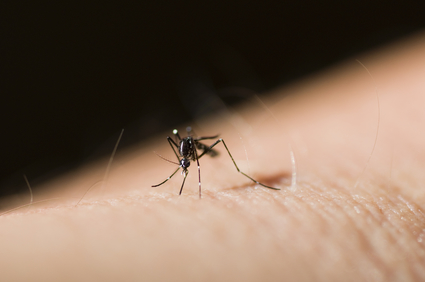 First of all, who should be concerned about the ATM? Well, if you live in or around Virginia and enjoy the outdoors, the ATM ought to matter to you.

Most of the time (90% of the time) when Virginia citizens complain about being bitten by daytime biting mosquitoes, Asian tiger mosquitoes are to blame.  Asian tiger mosquitoes are one of the most common and widespread mosquitoes in Virginia.  Outdoors, they bite only during the daytime (sun-up to sundown).  They will sometimes bite after dark, but only when there is illumination from outdoor lights, or when they get indoors. Read more at Virginia Department of Health…

So ATMs are the most common culprits for mosquito bites. If you have some steroid cream or take some Benadryl, the itching from the bites will go away, which is great. But similar to packing a suitcase, the ATM baggage has layers.

The female ATM’s bequest is worse than her bite. She transmits the West Nile, Zika, chikungunya, dengue, and yellow fever viruses. These viruses can cause encephalitis,  meningitis, birth defects in pregnant women and other diseases. That’ s more than enough reason to avoid the Asian tiger mosquito altogether.

The most effective way to prevent contact with Asian tiger mosquitoes is to eliminate areas of standing water around the home, such as baby pools, flowerpots and birdbaths. Homeowners should also screen all windows and doors and keep gutters free flowing. Those who spend time outdoors should consider wearing long pants and sleeves, and use an insect repellent containing an EPA-registered ingredient like DEET, picaridin or oil of lemon-eucalyptus. Read more at Pest World…

It wouldn’t hurt to get your neighbors together and organize an “ATM farewell initiative.” Educate your community on getting rid of instruments that hold stagnant water. For those items that MUST have standing water, use larvicide or change the water every week. Dress appropriately when outside and consider using bug repellent.

Next year we will celebrate the 40th year of smallpox eradication. Wouldn’t it be great to get rid of the Asian tiger mosquito too, instead of constantly being on the defense? In fact, a group of scientist in China may be on the verge of an ATM eradication solution.

Researchers have all but obliterated populations of the world’s most invasive mosquito species — the Asian tiger mosquito (Aedes albopictus) — on two islands in the Chinese city of Guangzhou.

They reduced A. albopictus populations by up to 94% using a combination of two promising control techniques in a field trial for the first time. The two-pronged approach1, published in Nature on 17 July, integrates the sterilization of female Asian tiger mosquitoes with the infection of males using Wolbachia pipientis, a bacterium that hinders the insects’ ability to reproduce and transmit disease-causing viruses such as dengue and Zika. Read more at Nature.com… 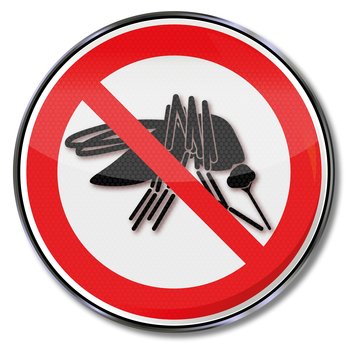 So by hitting ATMs with a double whammy of sterilization and infection, fewer mosquitos are “born”. The hope is that over time and with implementation on a large scale, they’ll eventually be eliminated.

Until worldwide ATM eradication becomes a reality, take steps to prevent contact with these mosquitos. Backyard Bug Patrol is here to help. We’ll spray your backyard for effective mosquito control. Call us today!