The Brown Marmorated Stink Bug has been making itself at home in the United States for just over 20 years and especially in Fairfax County and Great Falls, Virginia. Though they don’t bite or sting, they smell terrible when crushed. More damaging is their effect on crops. They’ve caused millions of dollars of agricultural loss since their arrival. How can we control or get rid of them? Let’s focus on the three P’s: Prevention, Predators, and Pesticide (Organic). 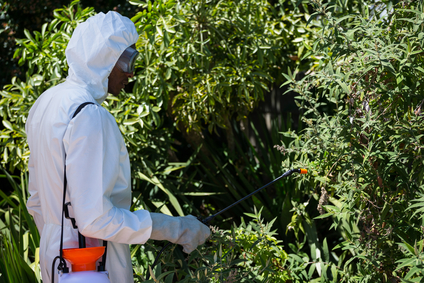 Backyard Bug Patrol uses different products for Stinkbugs even has 100% organic options. When and how you spray though, is very important.

If large numbers are observed or have been observed in previous years, you may wish to contact your local pest control company who can do a perimeter pesticide spray. This must be done at the appropriate time (when the insects first appear) and control may be difficult to achieve. It is important to consider the effects of pesticides in your home before any pesticide applications occur. You may also purchase and apply insecticides yourself.  Read more at Rutgers…

When dealing with big populations of stink bugs it’s best to bring in a professional.

Certain birds and wasps have been found to help control the spread of stink bugs. In particular, the Samurai Wasp, a non-stinging insect, has been shown to reduce 90% of stink bugs in parts of Asia. Until recently though, stink bugs didn’t really have many predators in Northern Virginia and Suburban Maryland.  For the past 15 years and counting, research has been done to see the potential effect of samurai wasps on stink bugs in the United States.

Studies so far suggest the samurai wasp is a promising biocontrol agent. Although in laboratory tests it has parasitized some eggs laid by native species, it has shown a strong preference for brown marmorated stinkbug eggs. Read more at ScienceMag…

In the beginning, results were slow because the samurai wasp wasn’t a native of the US. This meant stricter regulations on its research and use. About 5 years ago though, some samurai wasps were found to have made it stateside on their own, not via scientists! This led to research speeding up significantly. So hopefully in the near future, the use of the samurai wasp predator will be available for use to farmers and others being negatively impacted by the stink bug.

Over the last few years we have seen major infestations of stink bugs in Great Falls, McLean, Loudoun County, Potomac, Maryland and Bethesda.  When it comes to prevention, there are a few ways to prevent the spread or impact of stink bugs. If you have a farm or garden, proper weeding can be effective. But what about stink bug infestations in your house?

There was one house in Great Falls, VA that had a major stink bug infestation.  It was so bad that they found their way into the heat pump and shut down the system.

An easy start to your stink bug-free existence is to seal your doors and windows. Begin caulking! Fix any damaged window screens. This prevents stink bugs from getting in and surviving the winter in order to procreate in Spring. 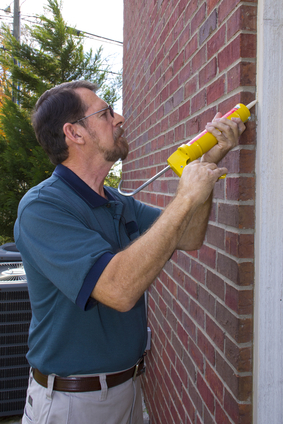 Another effective way to attack stink bugs and prevent them from infesting your house is calling Backyard Bug Patrol. We’ll spray your house with our 100% organic barrier solution that repels the dreaded pests. Call us today!