You’re probably wondering why you should bother about stink bugs at this time of the year. They may be out of sight but they are definitely out there somewhere. In winter, stink bugs know where to hide and hibernate. You’ll pretty much think that your troubles with them are over. The bad news is that these smelly creatures could actually be much closer than you think. Just like we humans, they’re also waiting for the warmth of spring, so they can rear their stinky heads out of their holes. This post will give you the knowledge you need to deal with them effectively. 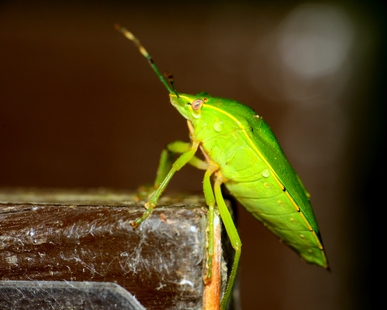 You could be wondering what all the noise about stink bugs is about. If someone was to ask you, would you have accurate information to share? Find out the basic facts about the black marmorated stink bug (BMSB) in the following post:

Q: Why do stink bugs stink?

A: “BMSBs, and most stink bugs, don’t bite or sting to defend themselves,” Bertone says. “Instead, they produce foul odors as both adults and juveniles to discourage predators. Very few predators want to eat something that smells awful. And BMSBs put off a sharp, acrid odor.”

A: No. Although the fluids they produce can sometimes cause skin irritation for some people, stink bugs aren’t toxic, and they don’t bite or sting people. Mostly they’re just stinky.

Q: Do stink bugs stink all the time?

A: “Stink bugs — including BMSBs — have special glands in their thorax that are filled with a chemical cocktail that produces a mix of odors,” Bertone says. “When threatened, a stink bug can release the chemicals onto a rough part of its exoskeleton called the ‘evapatorium.’… Read more at PCT Online…

So, no, you don’t have to worry about stings from these bugs. They won’t hurt you, but your nostrils will certainly be stung by the pungent smell. 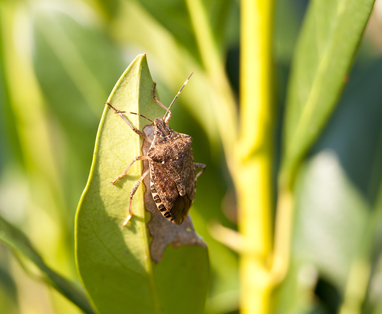 Although they are not a threat to your well-being (healthwise), you may want to keep them as far away from your premises as possible. This is for your own comfort, of course. It would certainly help, therefore, to know what makes them come to your home in the first place:

While it may seem as if these pests appear out of nowhere, their presence can usually be attributed to a handful of factors. Stink bugs like fruit (especially ripe fruit) so if you’re a fan of the classic countertop fruit bowl, your ripe bunch of bananas could be a culprit. Unfortunately for gardening gurus, stink bugs also enjoy a wide variety of native plants, from ornamental shrubs to wild vines and weeds. They are known to snack on any and all parts of plants, including the blooms, buds, fruits or vegetables, and even nuts, so chances are high that your garden contains some flora of interest. Read more at Country Living…

You should never have to stop growing fruit just to keep stink bugs away. So what other options could you try to ensure your home is stink-proof? 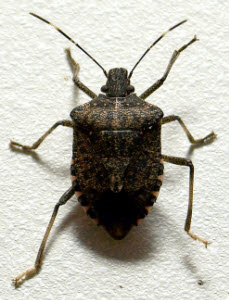 There are other effective stink bug prevention methods that you can go for. Alternatively, if they are already within your home, you won’t live with them forever as the following post describes:

“Folks don’t like sharing their space with them,” Simisky said, adding that people can prevent the insects from entering their homes by repairing any tears in door, window and attic vent screens and caulking breaks in the foundation. “Even though it looks tiny to us, those insects can crawl in in search of heat and shelter and make their way into our home.”

Simisky said people should not panic when they see stink bugs — just vacuum them up, making sure to remove and throw away the vacuum bag because the insects could work their way out if they are still alive. Insecticide is usually unnecessary, she said, and people should carefully read the substances’ instructions because “they do come with risks.” Read more at Recorder…

It’s better to be proactive in keeping these bugs away. Even so, if you are experiencing a real problem with these bugs, then you may want to get professional assistance.

Backyard Bug Patrol is the leading stink bug control service provider in Virginia and Maryland. We can effectively eliminate all stink bugs, crickets, spiders, and other indoor bugs that rob you of your peace of mind. Call us today for exceptional services at unbeatable prices!