Home » Tick Control » “Watch Out For Ticks In This Season”- True or False?

“Watch Out For Ticks In This Season”- True or False?

Have you ever had an encounter with an infected tick? Or been down with Lyme or any other tick-related illness? Worse still, did you get a misdiagnosis? Did you suffer so long just because of these tiny but wicked creatures? If you identify with any of these scenarios, then a call to be vigilant about ticks could send a shiver down your spine.

On the other hand, if you have never had a tick encounter, such calls may not mean much to you. Yet, when it comes to ticks, it’s important to ask a few questions in order to establish the truth. 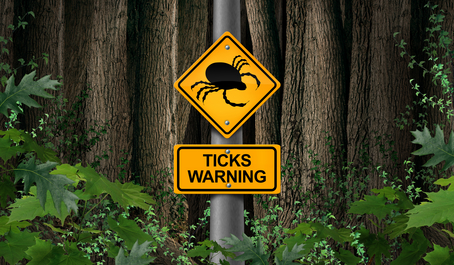 If you live in an area with zero incidences of tick-related illnesses (which is rare), then you may choose to ignore the warning. But before you dismiss the call for caution, you need to be sure that your area is tick-free.

Currently, a mild winter plus a hot, humid summer in the Midwest is bringing out ticks earlier than usual, for example. “It’s prime time – ticks are already out and about in Minnesota,” says Elizabeth Schiffman, epidemiologist supervisor at the Minnesota Department of Health.

Regional differences are shifting as well. In East Hampton, New York, Dempsey is seeing more Lone Star ticks, a relative newcomer to the area, and fewer black-legged ticks — resulting in less Lyme disease. And back on that Muir Beach trail in California, Salkeld’s team got its second surprise when they tested the ticks they found.

“Our prediction would have been that they didn’t have Lyme, but they were just as high as ticks in woodland areas,” he says, leading him to pose the question in his study: Should infection prevalence in ticks be reported at a hyper-local level — possibly even for a single trail?  Read more at NPR

Things are changing and areas that had no trouble with ticks are now feeling the presence of ticks. Clearly, no one is completely safe! 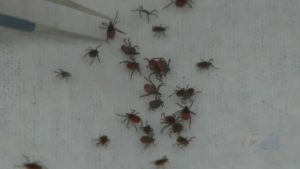 No one really knows if there are more ticks this year than in previous years, but theories regarding their increase—from climate change to the abundance of acorns last year—abound. In the Northeast there have been two consecutive years of high crops of acorns from red oaks. “The rodents that eat acorns (e.g., white-footed mice, chipmunks, and gray squirrels) have been celebrating by making lots more rodents. These rodents are ideal hosts for the ticks that carry Borrelia, the bacterium that causes Lyme disease. So, more acorns = more rodents = more ticks = more tick-human encounters, and more exposure of humans to tick-borne diseases,” said Matthew Ayres, professor of biological sciences at Dartmouth, in an email interview. Read more at Wirecutter

Evidently, there are many factors that affect the population of ticks in an area. So, before you dismiss the report of a possible increase in population, do your research.

Is the Threat of Ticks Seasonal? 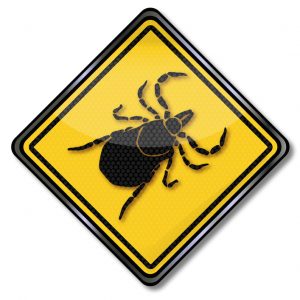 Recently, there has been a widespread belief that you’re likely to encounter a tick during the warmer months. So, many people would be more careful about ticks during summer and almost literally drop their guards during winter. Is this a safe approach?

There are certain times of year when ticks are most active and “looking for a host to have a blood meal,” said Grace Marx, a medical epidemiologist at the Centers for Disease Control and Prevention. March, April, May and June are prime tick months, and there’s typically a peak in Lyme disease cases in June and July.

However, experts noted that ticks are becoming a year-round threat. “It seems that every season is tick season,” Molaei said. His laboratory encourages Connecticut residents to submit ticks for identification or testing. Years ago, he would receive 50 samples between December and mid-March. Now, it’s closer to 800. That highlights the importance of staying proactive year-round to protect against tickborne disease, he said. Read more at Washington Post

The need to be careful about ticks is an all-year-round activity. So, you need to be vigilant throughout the year.

Now, do you want to look at that warning about ticks in your area again? Well, as you do so, there’s good news for you. Backyard Bug Patrol is the leading tick-control company in Maryland. Our barrier-spray program will drive out any ticks from your yard and those that have already crept in will be dead on contact. Don’t take any chances, call us today!