Cabin John, MD is proud to be a proponent of the community. From volunteer fire department services in the past to the Village News, to the annual Crab Feast, people helping people is a recurring theme in this idyllic area in Maryland. In this same spirit, the team at Backyard Bug Patrol likes to keep the citizens of Cabin John and beyond in the know concerning stink bugs. 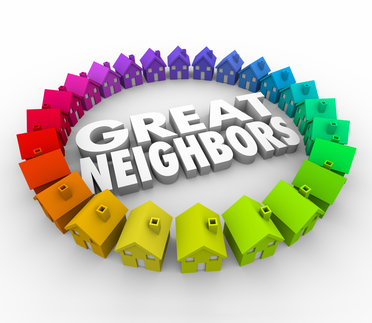 In general, Maryland is blessed to have fewer stink bug problems compared to other areas in the nation.

Cerruti Hooks, associate professor and Extension Specialist ​at the University of Maryland, said the brown marmorated stink bug “has not been much of an issue for some years now” on Maryland’s Eastern Shore. Local species such as the green stink bug “have been of much higher abundance than BMSB, at least in our research plots,” he said. Read more at DelmarvaNow.com…

So while damage from and numbers of stink bugs have been on the rise, thankfully it’s not been as significant around here.

The problem is, even though they’re not bothering Maryland crops as much, stink bugs are incredible hitchhikers so they can get on a truck and into your house before you know it. Chances are even higher now because the rest of the country is expecting a huge influx of the dreaded pest.

And according to the National Pest Management Association (NPMA), we can expect a bumper crop of stink bugs this fall due to some extreme fluctuations in temperature and precipitation across the U.S. expected throughout the season. Read more at Lohud.com…

Since we’re smack dab in the middle of the stink bug indoors migration, it’s important to remember what to do to keep them out. Sealing and caulking are vital, as we’ve mentioned before, and so is repairing any torn screens. 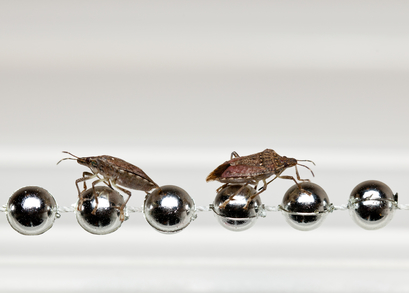 The photophilic and thermophilic nature of stink bugs that inspired the title of today’s blog is made clear by Meteorologist Katie McGraw.

As the temperatures get colder and colder, they seek refuge in homes and go into a state of hibernation. Interestingly, the warmth from the house can draw them out of hibernation in the winter. You will usually find them near windows, lights, TVs or computers. They also will release a chemical alerting other stink bugs they have found a spot to hang out, so stopping them from initial entry is key. Read more at WDRB.com…

You’ll come into contact with these stink bugs on your lit electronics only if they get inside in the first place, and hopefully, our tips will help you avoid this altogether. But if they are inside, remember the towel trick, soap solution and vacuuming tips we offered in previous articles to get rid of these photophilic pests. Better yet, call the experts at Backyard Bug Patrol to eliminate them quickly and effectively.