Three of the World’s Biggest Rodents

Imagine seeing a massive rat over 1-meter long weighing over 30 kilograms. Sounds like an animal out of a Marvel movie, right? But that perfectly describes one of the largest rodents in the world. Most people are only aware of the most common rodents, that in some cases also serve as pets. However, the reality is that there are over 1500 rodent species.

In this article, you will be surprised to learn about three super large rodents. Admittedly, they aren’t common. So, you may not find them in your neighborhood. Nevertheless, they are out there somewhere. That said, below you will encounter the Capybara, the Patagonian Mara rat, and the Nutria: Enjoy! 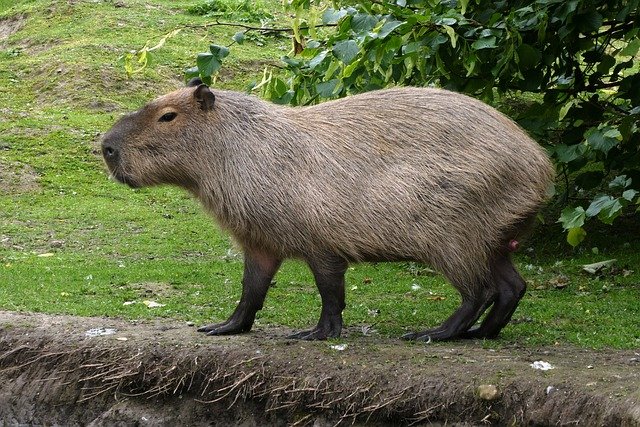 Called the largest rodent in the world, these master swimmers are phenomenal creatures. Their adult version can be as heavy as an adult human being. So, if you were thinking of scaring one with your size, you better rethink that. Another interesting fact is that they can actually sleep in water and not drown. Wow! Here are some more facts:

Capybaras are part of the Caviidae family, so they are closely related to guinea pigs. Its scientific name comes from the Greek hydor which means “water” and choiros which means “pig” and this refers to their semiaquatic lifestyle. These rodents are native to all South American countries except Chile and are found in savannas and dense forests, always near water. Capybaras are highly social animals and can form groups as large as 100 individuals. But usually, they live in groups of about 10 to 20 individuals. Capybaras are autocoprophagous, this means they eat their own poop. Just like rabbits, they eat their own feces to get bacteria that will help their stomach break down fiber from grasses in their meals. Read more from Mongabay… 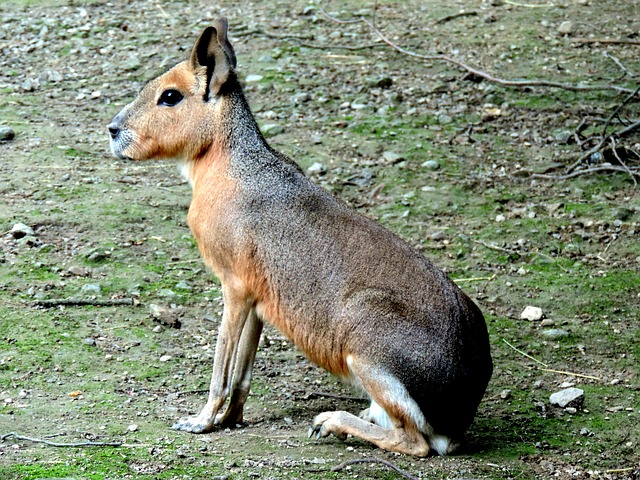 Part of the biggest rodents list, this one comes third after the Capybara above and the beaver. When faced with danger, this super-friendly rodent can leap up to six feet in the air. Additionally, this herbivore just loves the grasslands and enjoys open spaces. Sounds like it loves its freedom, doesn’t it?

The Patagonian mara is another very large type of rodent. It’s also known as the “Patagonian cavy”, the “dillaby”, and the “Patagonian hare” (mainly because it somewhat looks like a rabbit). They are herbivorous rodents and are mostly found in open habitat regions of Patagonia and Argentina. 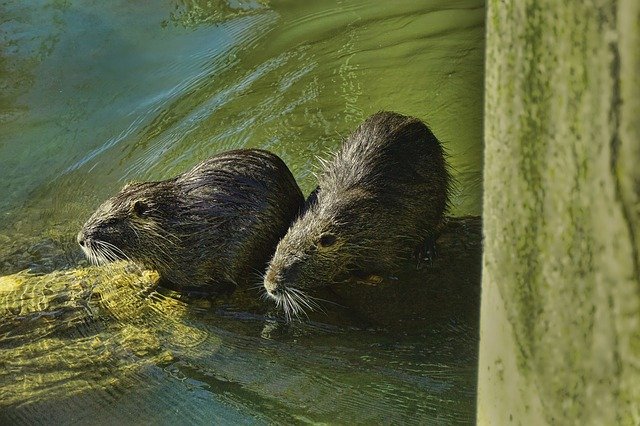 This one is a rat for the swamps. Their fantastic fur was the reason they were brought to America. But they have become a nuisance in many states like California and Maryland. They are destructive and can be dangerous to any ecological system they encounter.

Nutria are large, semi-aquatic rodents native to South America with coarse brown fur, webbed feet, and a pair of long front teeth with orange tips. Larger than muskrats and smaller than beavers, two native mammals that share similar habitats, nutria first found their way to the United States around the turn of the 20th century as part of a then-booming fur trade. Its fur is similar to that of beavers, having a coarse, waterproof, outer layer and a shorter, soft layer for warmth beneath. As populations of native fur-bearing animals decreased in some areas, nutria provided a new source of revenue for trappers in rural parts of Louisiana, Texas, Maryland, and California.

After numerous escapes, nutria established rapidly growing populations, with one adult nutria capable of birthing up to 26 young each year (which reach sexual maturity between 4 and 9 months of age). Read more from Treehugger…

You might be thinking, “I don’t have Nutria in my home. I just want someone who will take care of the very small rats in my space.” Look no further! Backyard Bug Patrol is the best residential rodent control company in Maryland. With our innovative techniques, your home will turn from chaos to peace. Call us today!